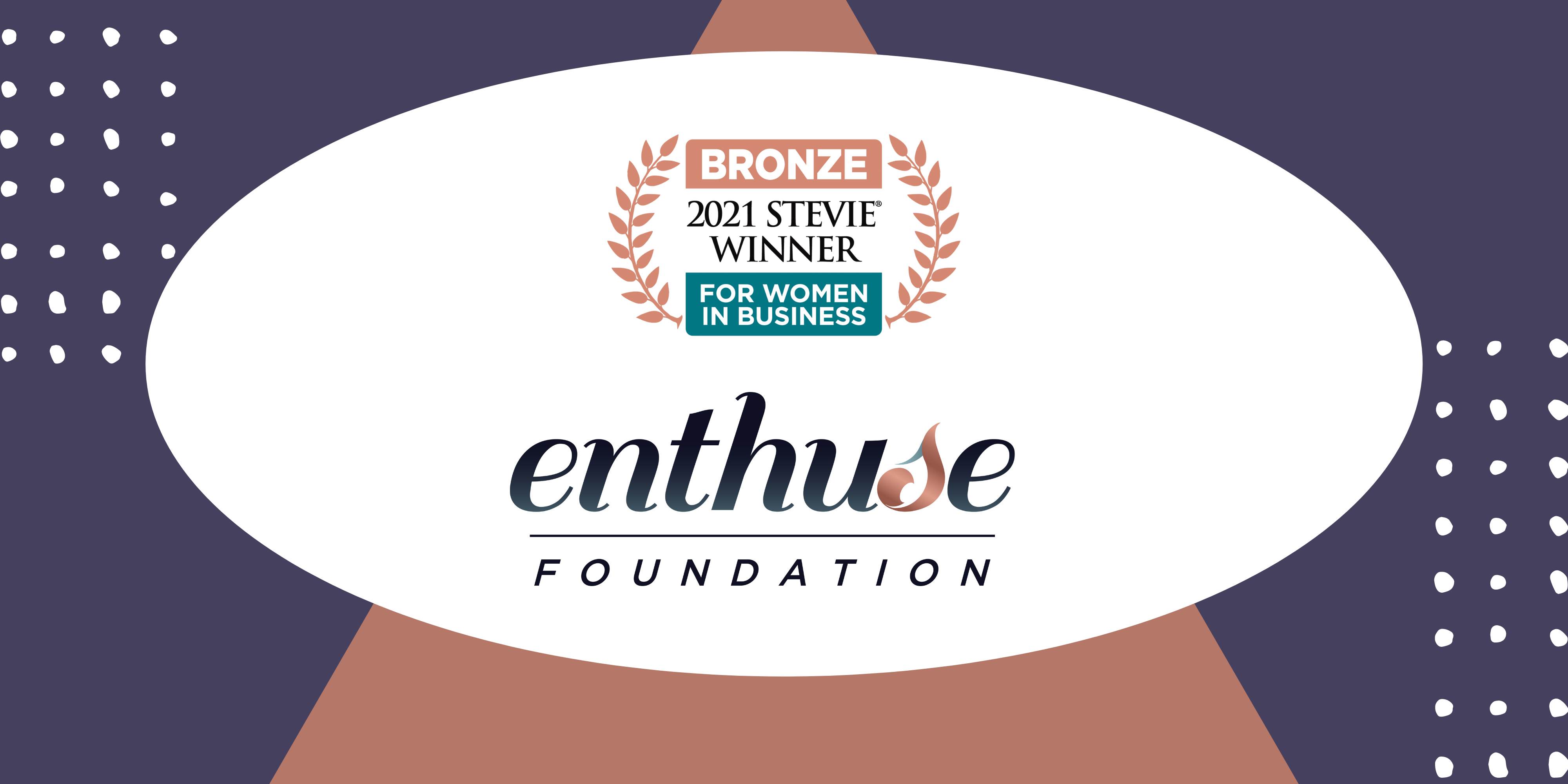 New York, NY – September 23, 2021 – The Enthuse Foundation has been named the winner of a Bronze Stevie® Award in the Organization of the Year – Government or Non-Profit– 10 or Less Employees category in the 18th annual Stevie Awards for Women in Business for the third consecutive year.

The Stevie Awards for Women in Business honor women executives, entrepreneurs, employees, and the companies they run– worldwide.  The Stevie Awards have been hailed as the world’s premier business awards.

Winners will be celebrated during a virtual awards ceremony on Thursday, January 13, 2022.  Registration for the ceremony is now on sale.

More than 1,500 entries were submitted this year for consideration in more than 100 categories, including Executive of the Year, Entrepreneur of the Year, Company of the Year, Startup of the Year, Women Helping Women, and Women Run Workplace of the Year. Enthuse Foundation won in the Organization of the Year category for Government or Non-Profit (10 or Less Employees).

Details about the Stevie Awards for Women in Business and the list of Gold, Silver, and Bronze winners in all categories are available at www.StevieAwards.com/Women.

Gold, Silver, and Bronze Stevie Award winners were determined by the average scores of more than 160 business professionals around the world, working on eight juries.

Maggie Gallagher Miller, president of the Stevie Awards, said, “We thought the remarkable stories of achievement we saw in last year’s awards couldn’t be topped, but we were wrong.  Women-owned and -run organizations have contributed significantly to the increase in innovation and entrepreneurial activity we’ve seen globally since the beginning of the COVID-19 pandemic.  The nominations submitted to the 18th Stevie Awards for Women in Business that attest to this are inspiring, humbling, and motivating.  We congratulate all of our Gold, Silver, and Bronze Stevie winners.  We look forward to celebrating them during our January 13 virtual ceremony, and to hearing from some of them during our Women|Future Conference.”

The Stevie Awards will stage its fourth annual Women|Future Conference virtually on November 1-5.  Registration is just $115, or $49 for current students with an active student ID. Details and registration are available at www.WomenFutureConference.com.

Entries for the 2022 Stevie Awards for Women in Business will open in May.

About The Enthuse Foundation

The Enthuse Foundation invests in a new generation of women founders and cultivates the next generation of business leaders. It is a non-profit organization that exists to serve women entrepreneurs through community building, education, resources, inspiration, mentorship, grants, and events.

HCL Technologies sponsors the Red Ladder Women in Technology Awards in the 2021 Stevie Awards for Women in Business.

Opening a Cannabis Business in 2022 Education

So Stealthy: How Brands are Sneaking by Cannabis Marketing Restrictions Education
More Articles