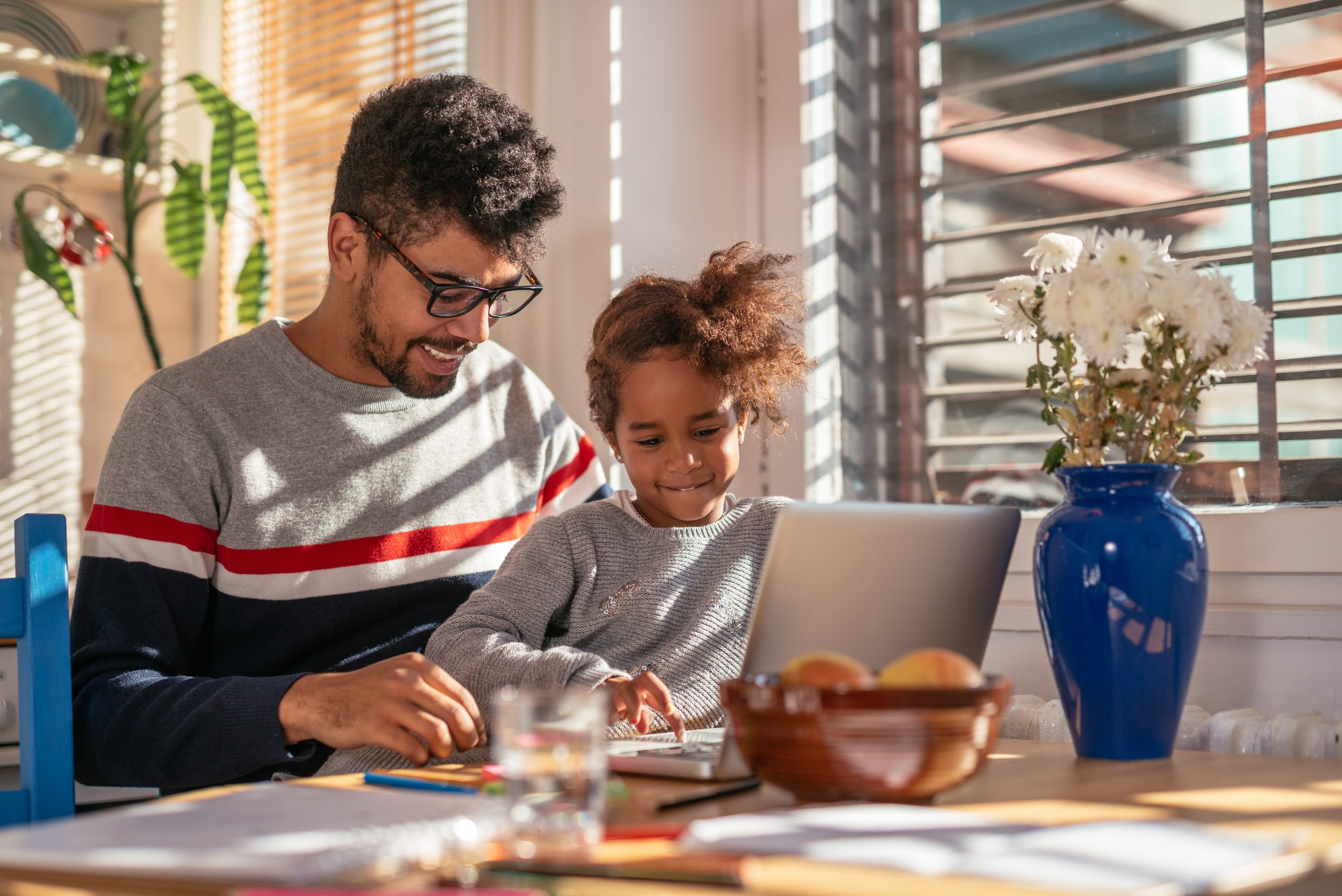 A Father’s Role in Gender Equality

Girl dad. We see and hear this term everywhere but what does it mean?

According to Urban Dictionary (the source for everything relevant), a girl dad “is a father who wants his daughter (s) to have the same rights, opportunities, and privileges as any boy.”

Fathers have an important role to play in gender equality and ensuring that there are equal opportunities for everyone regardless of sex or gender identity.

It’s a Girl – The Metamorphosis Begins

Just by having a daughter, a father’s brain is transformed. According to a study published in the American Psychological Association’s journal, Behavioral Neuroscience researchers found that dads brains change more when they parent a girl – and discovered that fathers have different brain responses when they interact with their toddler daughters than they do when they play with their toddler sons. The research also found that dads with girls tend to be more present and responsive to their daughters’ needs than dads of toddler sons.

So it makes sense that a study spearheaded by the University of Rochester’s Maya Sen and Harvard University’s Adam Glynn “found that Supreme Court judges with at least one daughter were more likely to vote in favor of women’s rights than judges without children or judges who only had sons. This suggests that daughters inspire leaders to put equality and inclusion at the forefront.”

For those that aren’t girl dads or are but need some more direction, here are ways that men can actively champion gender equality in entrepreneurship and business.

If you are in a leadership position at your company, take inventory of the following:

This information will give you a better understanding of where your company is and set appropriate metrics to understand progress.

Acknowledge that Biases Do Exist

Women and men leaders are viewed differently. Yes, it is wrong. Yes, for the most part, society is trying to change that perception. However, we need to recognize this is an issue in the United States, unconsciously or not.

An article on Forbes described a strategy used by women of President Barack Obama’s administration called amplification. “When a woman makes a key point, male leaders should repeat it, giving credit to the woman who said it. This amplification forces other men to recognize the woman’s idea and prevents them from claiming it as their own.”

According to the U.S. Department of Labor, “families with fathers who take more leave also share chores and childcare more equally between mothers and fathers. One of the more interesting emerging new research findings is that increasing paternity leave may also change longstanding cultural norms about gender, work, and household responsibilities.”

The nonprofit organization A Better Balance has a searchable guide to state rights and a hotline (1-833-633-3222) for free, discreet advice from an attorney about family leave policies including paternity leave.

Teach the same skills to men and women. Eliminate phrases like “girl pushup” or “throws like a girl.” If men in a company are encouraged to take golf lessons to entertain a client or close a deal, so should women.

Invest in Women-Owned in Businesses

If you are in a position to invest in businesses, explore putting capital into women-owned ones.

Proud girl dad Alexis Ohanian’s Seven Seven Six venture capital recently led a $2.4 million pre-seed round in the Grand, a group career coaching platform that seeks to foster empathy by bringing together employees facing similar experiences in their professional lives. The Grand was founded in 2019 by Anita Hossain Choudhry and Rei Wang.

Here are additional resources and organizations focused on creating more male allies in the workplace: