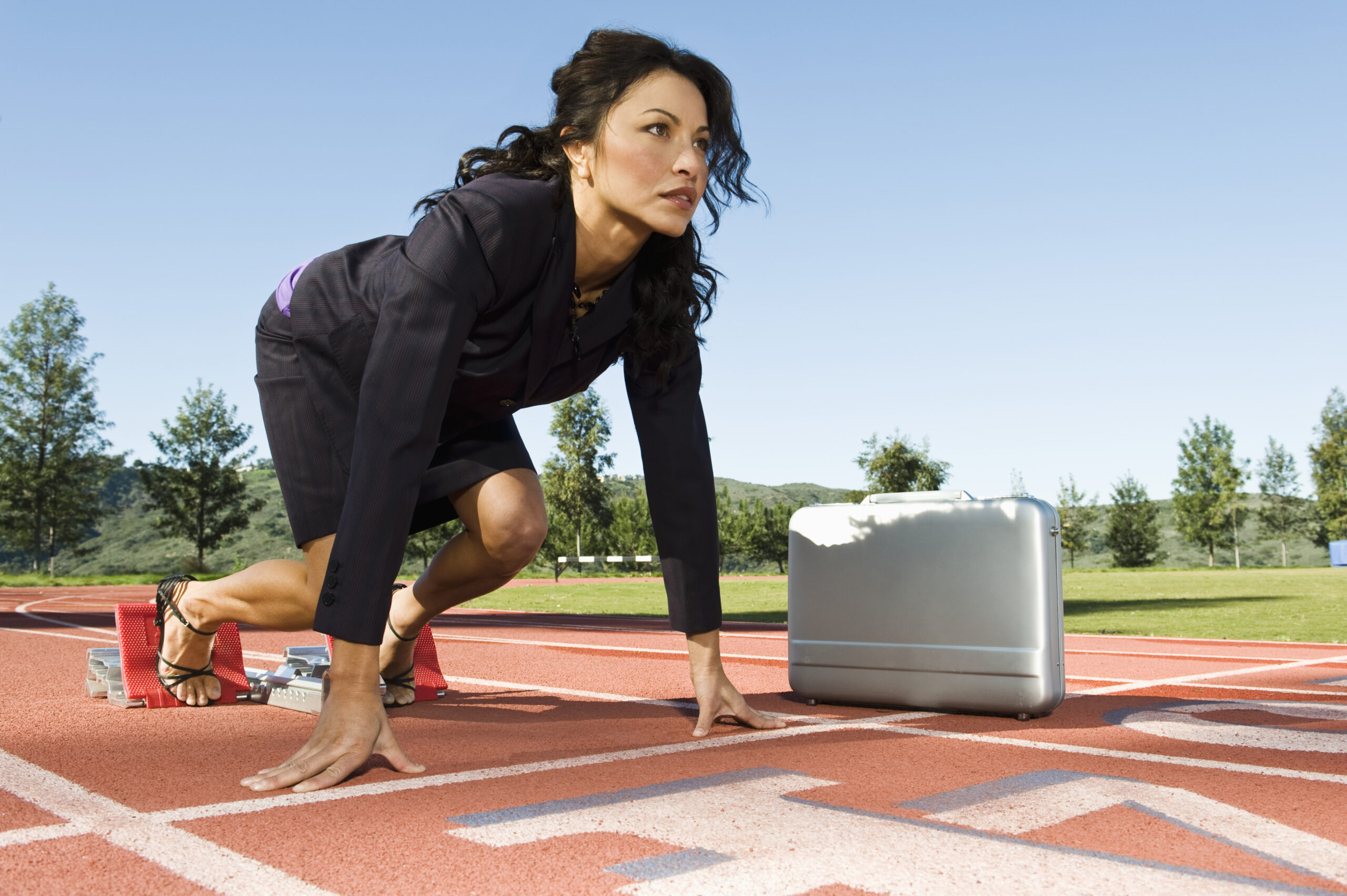 Guide to a Gold-Medal Career in Entrepreneurship

For some, entrepreneurship is a second career. A rebirth or reinvention.

This is especially true for collegiate, amateur, and professional athletes. Once a competitor’s career is over, they can experience an identity crisis. For so long, every day is planned and objectives are clear. But once athletes retire the question becomes – who am I without my sport?

This moment of contemplation can lead athletes on the road to entrepreneurship.

What do Athletes do Once their Sports Career is Over? 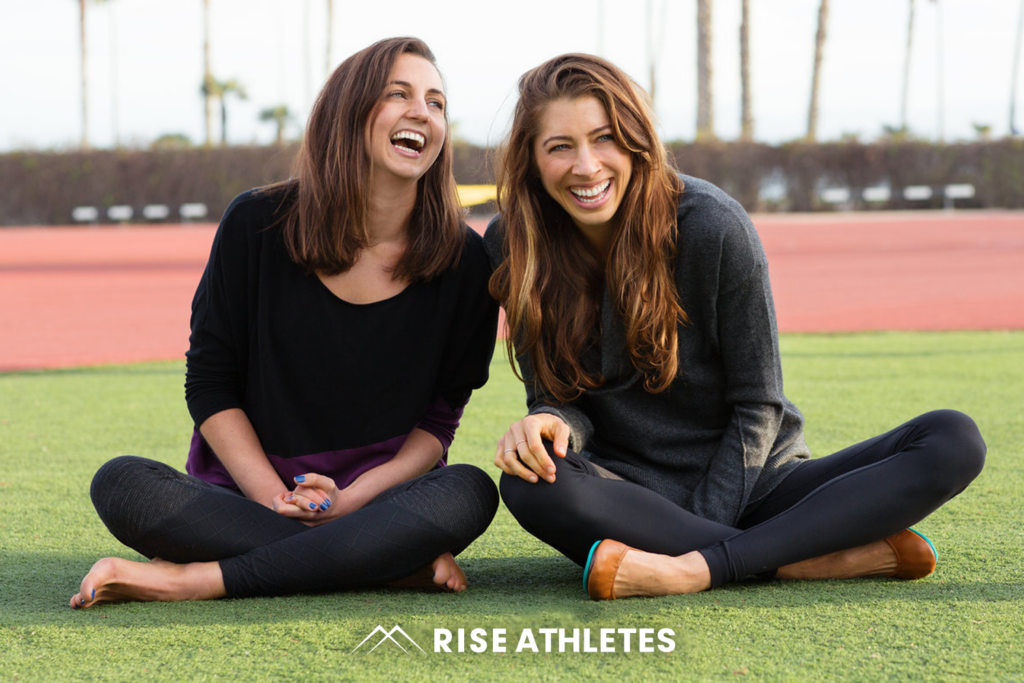 Caroline Burckle and Rebecca Soni, both Olympic swimmers that represented the U.S., experienced this dilemma soon after hanging up their professional goggles.

“Rebecca and I were talking and trying to figure out what our next steps were as athletes,” Burckle said. “We tried to determine ‘what is it that we can do besides just being a coach? Like there has to be some other way to give back and help fellow athletes.’ That’s when Rebecca mentioned she wanted to create a mentorship program for young athletes. Immediately, I said ‘Yes, that’s amazing. I’m absolutely on the same page.’ We started with no huge vision in mind other than we wanted to help and create more awareness around the power of mentorship and the mental wellness component of sports.”

That kernel of an idea popped into RISE Athletes, a virtual mentoring program where former professional and Olympic athletes mentor and empower youth athletes. Participants pay to be in the program and mentors are compensated for their time.

Burckle and Soni have taken some lessons from their pool days and applied them to their business.

“Sometimes we reflect and are like, ‘Oh, this is kind of like having a tough practice and picking yourself up after that,” Soni said. “Having that frame of reference for us helps put everything happening in our business into perspective for me.”

Listen to the entire interview with Caroline and Rebecca here.

How do Athletes Adjust to Life as an Entrepreneur? 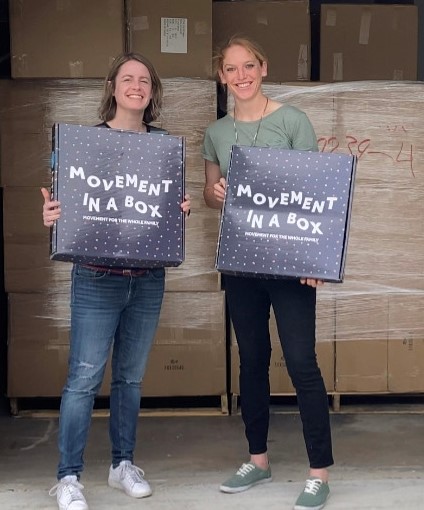 For Molly Schaus, the entrepreneur lifestyle took a little bit of time to get used to.

“Being an athlete is all about routine and structure,” she said. ” I knew where I was supposed to be every day, how to train, what to eat, when to sleep, and what I needed to do on the ice to succeed. Entrepreneurship is the complete opposite! There isn’t a step-by-step guide to success, each day is filled with uncertainty and there isn’t a coach to look to. Becoming an Olympian didn’t happen overnight though, so we are not afraid of putting in the hard work and building the foundation needed for future success.”

Schaus and Sarah Cahill met as members of the U.S. Women’s Ice Hockey in 2012. Schaus was one of the team’s goalies, and Cahill was a strength and conditioning coach. Through their conversations, it became clear that both Schaus and Cahill had big goals beyond hockey. They wanted to make a tangible difference in the world.

Equipped with a background in human development and exercise science, they often asked themselves the same questions.

‘Why don’t we value teaching children the ABC’s of movement as much as we do the ABC’s of reading and writing? How can we get movement-based learning experiences into the hands of parents and caregivers?’

Those questions led to Movement in a Box, a quarterly subscription box for families, or a yearly kit designed specifically for school usage, that combines the ABC’s of Movement with learning activities for children ages 3-6.

Schaus and Cahill saw the COVID-19 pandemic as a chance to act on their business idea. Their first box went out in May 2021, and through word-of-mouth, subscription numbers have steadily increased.

“Molly and I have a mantra for our business which is to think of how bamboo grows,” Cahill said. “This mantra helps remind us of the power of nurturing our business every day with great care to hopefully one day celebrate cool and amazing growth and impact.”

How Can Athletes Financially Set Themselves Up for Success?

Olympians are members of an elite club that symbolize athletic greatness, perseverance, and an unmatched will to succeed. Only those that are members of the group can truly understand the needs of others.

Lauryn Williams is the first American woman to win a medal in both the Winter and Summer Olympics. As a sprinter, she secured silver at the 2004 Olympics in Athens and was part of a gold-medal relay team at the 2012 Olympics in London. Ready to conquer another track, Williams tried her luck at bobsledding and earned a silver medal alongside Elana Meyers at the 2014 Olympics in Sochi.

At the beginning of her athletic journey, she recognized that being a well-known track and field star positioned her for future financial success. If only she knew how to capitalize on it.

“At the age of 20, I didn’t know a whole lot about finances,” Williams said. “I was a college student, so I had not dealt with any of these things, and I thought it would be valuable to get a financial adviser. I realized there was a gap in what advisors offered, and I wanted to get a good grip on my finances. I figured the best way to do that was to educate myself. I also realized many other people needed this as well, so it could be a business opportunity.”

And that thought became a reality.

How to be an Entrepreneur Champion?

Although not everyone is destined to be an Olympian, these women prove that we can all be gold medalists in the sport of entrepreneurship. You have to dive in, hit the track running, and take a shot.

“Start somewhere,” Burckle said. “Starting a business is going to be scary. You just got to get to that first step and allow yourself to feel like it’s real.”