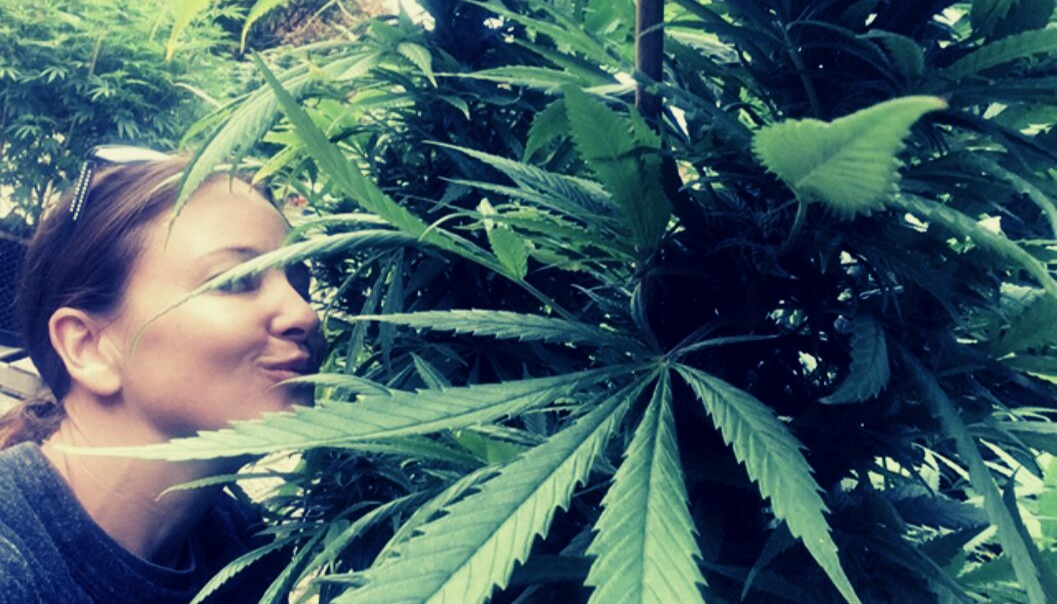 This 420, we speak with Kerri Accardi, one of the most influential women in cannabis, the nation’s fastest-growing industry. Kerri is blazing trails on her mission to destigmatize the use of marijuana and campaign for policy change through her marketing and advertising agency, 420MEDIA.

Tell us a little bit about why educating the world about cannabis is so important to you.

I left NYC on December 10, 2013, on a mission to educate the world about cannabis after watching my Aunt Kathy suffer and die needlessly. Cannabis could have helped her and perhaps saved her life. I’m on a soul mission! In my life, my Aunt gave me everything, and in her death, she gave me purpose.

Cannabis was used in our medicines up until 1937 when hemp was made illegal, for reasons we now understand had more to do with greed and money than our wellbeing. As humans, we have an endocannabinoid system which is the largest regulating system in our bodies. Cannabis creates homeostasis (balance)–we literally have receptors for it. It’s a miracle plant.

Can you describe what it was like to create a new company in a burgeoning industry? Where did you start?

Creating a company in 2014 in the cannabis “industry” was crazy, hard and fun! I was unstoppable, but asking people to give us money to showcase the plant people have spent their lives hiding was a challenge, to say the least. People did not believe in branding back then.

Now, I’m happy to say 420MEDIA has aired the first cannabis commercial during Primetime on Bravo, History, and Discovery channels in California. It aired again during the Super Bowl in the USVI, then again during the red carpet segment of the Oscars programming in Puerto Rico to 1 million homes!

When I first left NYC, I went to San Jose, California where my friend owned a dispensary. The first day I landed I went to a political council meeting; the next day I was up at 5 am learning how to grow. I knew that I had to understand cannabis from the ground up (literally) before anyone would listen to me. I was very fortunate to get hands-on training, industry insights, and high-level networking from the start.

In January of 2014, New York quasi-legalized marijuana through executive order. I left California and went to my dad’s in Arizona for a month to build out a business plan and then went to Portland Oregon Super Bowl 2014. I met with a dispensary called Alternative Remedies on the first day I was there and it led to our first shoot. They are still friends and clients today.

From there we built out our social media and website, and the universe brought us to Seattle to film the first cannabis tour of legalization. We had such synergy we moved there two weeks later! 420MEDIA started to make waves locally; we created a campaign for the first legal job fair that had hundreds of attendees, started working with the Seattle Hempfest and were non-stop filming. A TV station from North California reached out and offered us an opportunity to showcase cannabis stories and brands on Primetime TV.

How big of a role does advocacy play in your work and programming?

It is the foundation of all of my projects and companies.

Lots of women see the cannabis industry as a new sector where they can claim space and create a niche. What advice do you have for women trying to break in?

I think women should bring value to whatever projects, products, or companies they support or create. There is a tremendous opportunity to be part of the fastest growing industry in the country, but it’s important not to be blindsided by greed. Anyone looking to get into the industry must understand cannabis, hemp, and their history. Cannabis and hemp are not new, they have been legal-ish for 20+ years in states like California and Washington. There are pioneers, patients, and people that have gone to prison long before regulation and legalization. Some farmers have been growing for generations and have insights that no machine or corporate entity could know. There are researchers and healers who have been creating medicine for years, so when you come into the industry, respect those who came before you and, when possible, align, join, and support other women.

What is your hope for the future of 420MEDIA?

We are getting ready to take it to the next level with original cannabis programming, advertising opportunities, and education specifically for cannabis and hemp. My hope is that we continue to find partners that align in our vision as we get ready to take on investment.

What do you know now that you wish you knew before you started as an entrepreneur?

How to be more organized!

“Don’t try to win over the haters; you’re not the jackass whisperer.” LOL

There are researchers and healers that have been creating medicine for years, so respect those who came before you and, when possible, align, join, and support other women.

The 5 Stages of Grief, I Mean Fundraising Inspiration
More Articles