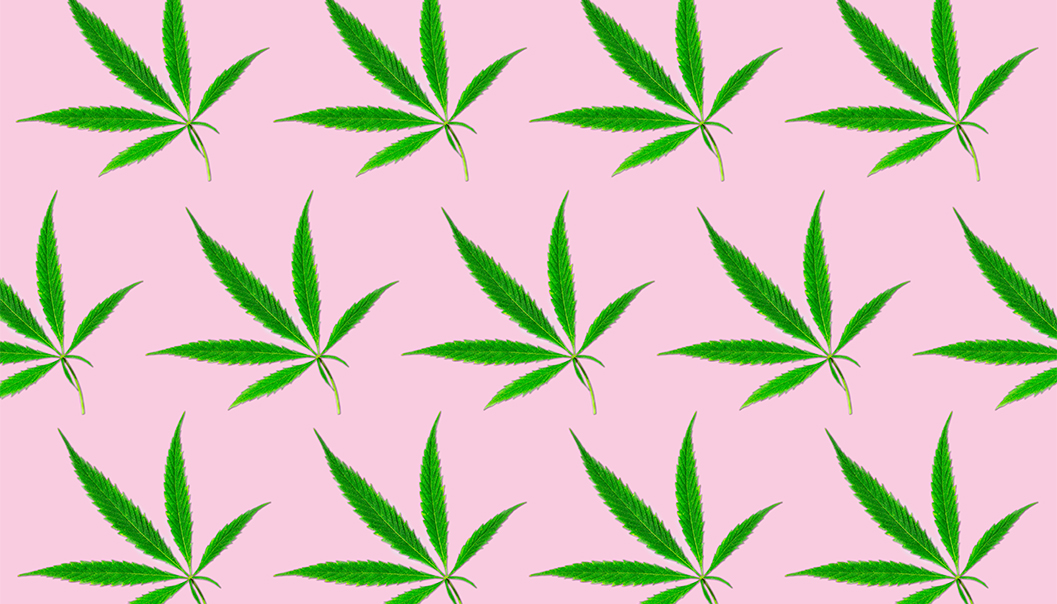 As we plod towards the end of the federal prohibition of cannabis, we’re seeing attitudes shift. The market is opening up to different types of user, no longer retiring of the substance because of the spacey tie-dye stoner stereotype of yore. Cannabis is being brought into the mainstream through a host of recreational experiences such as pottery classes, high art seminars, and–its natural confrère–fine dining.

One company offering such an experience is 99th Floor, which is a gourmet cannabis-infused food brand that hosts invite-only dinners around the country.

The experience couldn’t be further from Postmatesing some nice Szechuan and hotboxing a music magazine meeting. It’s a night the company says is “more in line with sipping fine wine rather than taking constant rounds of shots.”

Chef Miguel Trinidad, who you may recognize as a judge on VICELAND’s Bong Appetit or in various media features covering his work on Filipino cuisine, heads up the kitchen. Doug Cohen–a consultant for high-end businesses across the US–is his partner on 99th Floor. Here, we catch up with Cohen about changing the perception of cannabis through food.

Tell us a little bit about what inspired you to create 99th Floor.

The real impetus was Miguel and I working together, so it started organically. We were working on a project together and became friends and wanted to figure out another cool project to work on. We have a shared love of food, and knew that we could do something a bit different with Miguel’s talents, and wanted to change the perception of cannabis. That idea felt very natural to us, so we just kind of attacked it from there!

What’s the significance of having a communal experience around food and cannabis?

We’re very food-driven. There are a lot of people doing cannabis dinners and they’re all using a different approach, but I can say that we’re decidedly more food-driven than most; you’re dealing with James Beard-nominated chefs at one of our dinners.  That’s not to say that other people can’t make great food, but you can really experience how chef Miguel does cuisine differently, irrelevant to the cannabis, so our dinners are driven by an epicurean perspective first and foremost. Our goal is for people to leave thinking the food is incredible. Then there’s the drive to change the way people perceive cannabis, what it tastes like and feels like. The cannabis is there to help drive a shared experience, and that element is otherwise missing from food. So we try to combine the two things together with a sense of community from the way that we host the dinners.

Does 99th Floor have a policy agenda, or is it all about excellent, high-end food?

For sure, there are policies we would be more into or open to, but I would also say there are a lot of people out there fighting the policy battles on the front lines of the movement who are a lot more qualified. While I have really strong feelings about it, that’s not per se the goal of 99th Floor. We have a different role to play. I’m personally more about finding the ways that we can change the perception of cannabis from an image perspective, and I hope that will make it easier for those people on the policy forefront–and us–to do the things we do. The people who excite me that come to our events are the people in food and beverage, or fashion or influencing the greater public in some way, the people who don’t necessarily fit the stereotype of cannabis users. Our dinners have such an amazing, diverse group of people, and that’s more of a driver for me, rather than making it somewhere where there’s a ton of weed. We don’t allow smoking at our dinners, so you’re not going to leave completely out of it. I think that’s our contribution to the movement. Changing the way people perceive cannabis, changing the way people perceive cannabis users. And that will help the people on the policy forefront to do what they do.

Watch DOPE Life’s video for a peek into the event

We get a lot a lot a lot of requests, but in general, people are good and respectful, and we’re just looking for people who add to our greater community. Our dinners sell out pretty quickly, so selling tickets isn’t a problem, it’s more about who can we find, the people bringing fun, interesting, new perspectives to the community more than anything else for us.

How do you control the dosage for guests with different tolerances?

We microdose, so it’s anywhere from 12mg – 15mg spread over five courses and three hours. If you have a super-high tolerance, you might not leave overly high at our dinners, and we’re OK with that. We’re much more food-focused, so when you leave, you feel that you can still have a productive night afterward if that’s what you’re looking for. We generally will always err on the side of weak dosing if you will.

Do you have a most memorable dish?

I’m a steak guy, I love red meat. Every 4/20 we do a steak night, and at our last one, we actually imported a lot of beef from Japan–A5 Wagyu from three different prefectures. That was really, really incredible for a couple of reasons. One is that I’ve never had true A5 Wagyu, that was definitely super cool as a somewhat frequent visitor to Japan and a huge A5 steak guy. The other is really being able to push the envelope over what can be done from a food and cannabis perspective. It was really a lot of fun to be able to have people not only try A5 Wagyu for the first time but most likely the first time in the world that A5 Wagyu has been connected with cannabis in food. To see people combine the two for the first time ever was a great experience.

What advice would you give to a company that wants to create events but are hesitant because it’s complicated or tough?

I think in general, anything you do, irrelevant to cannabis, you have to find a good reason for being. If you think people will come, then you should go ahead and do it. Any time you do something new, you should have providence and an attachment to an idea that hasn’t been done or that you could do better. If you have that, just build in and push your concept and hope you’re able to make your visions come true. If you believe that you can do something or contribute something, then you owe it to yourself to find a way to do it.

Do you have anything upcoming that you’d like us to promote?